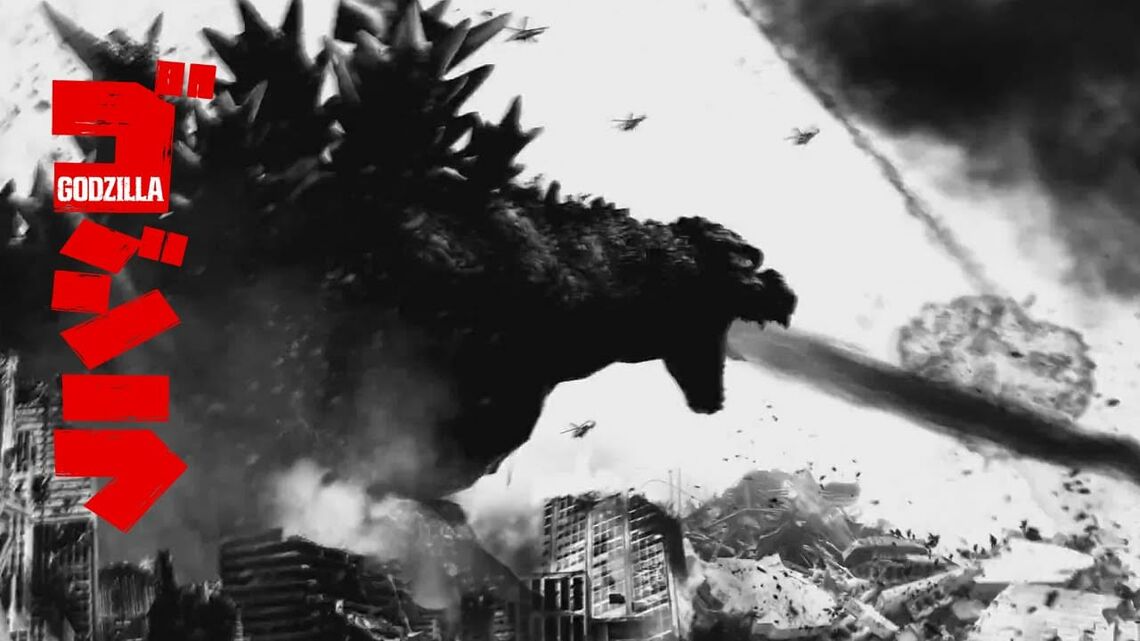 Attack of the Killer Pseudoskeptics 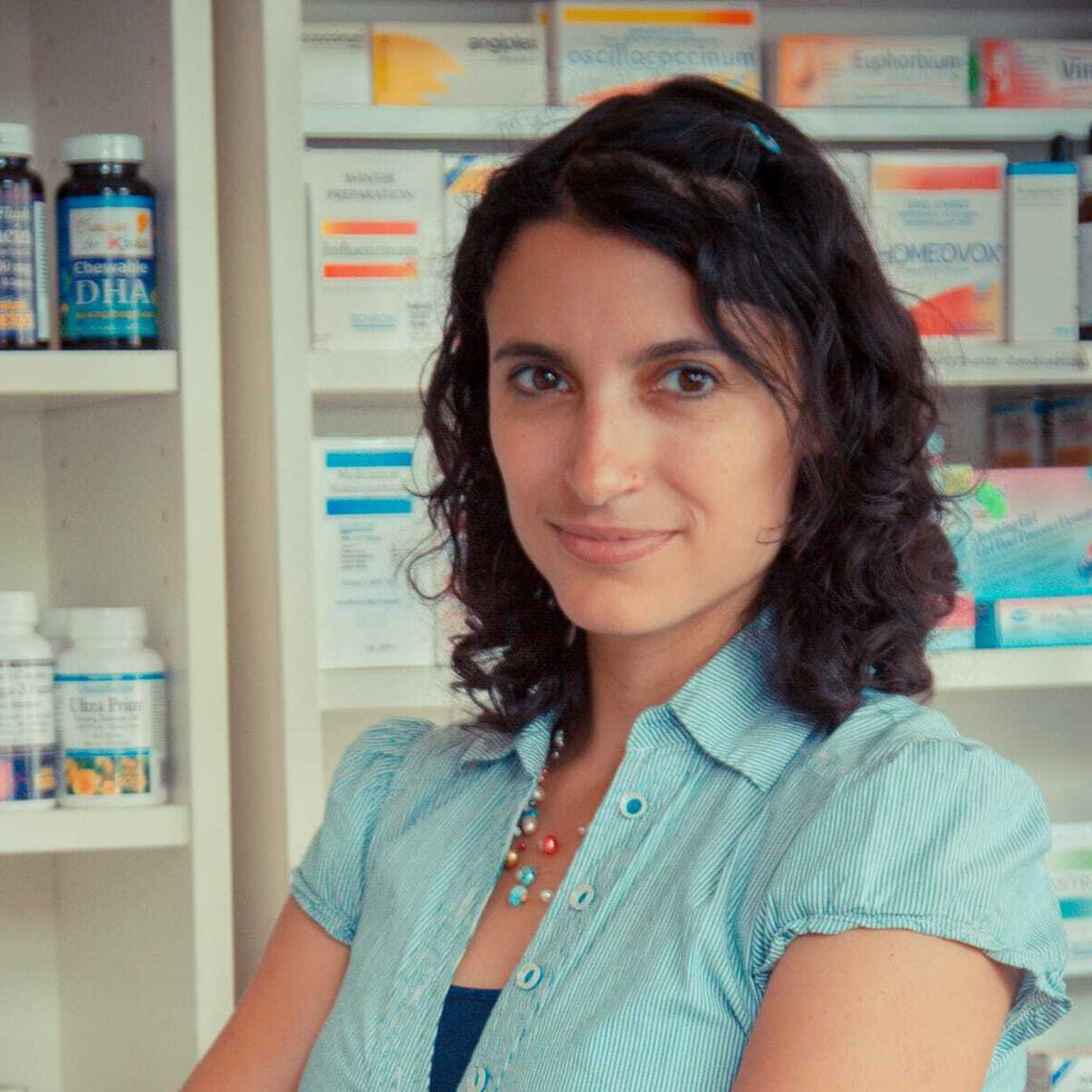 I’ve hit that rite of passage – that thorn in the side of every homeopath in the public eye. When anonymous, self-proclaimed skeptics start to harass you with email, Twitter, and Facebook posts that refer to poorly-designed studies in order to prove that homeopathy doesn’t work. These people are demonstrating blatant hypocrisy when they use cherry-picked, fundamentally flawed studies to support their unscientific perspectives while simultaneously accusing homeopaths of the same. If the same standards or faulty methods were used to study pharmaceutical medicine, we would find very few medications that could be termed evidence-based!

What do I use the term “pseudoskeptic”? Well, first, because they love to use the word “pseudoscience" as a derogatory umbrella term for any research whose results don’t fit into their limited paradigm. Second, because a real skeptic is someone who critically analyzes the data from both sides with an open mind, a true scientist unprejudiced to finding the unexpected. Pseudoskeptics pretend to genuinely have an open mind in order to hide their actual agenda of ridiculing and discrediting. They fail to apply the same critical eye to research that defends the orthodox perspective.

So the most recent link I’ve been receiving and have seen on social media is the following:

The above article refers to a study published by the National Health and Medical Research Council of Australia. Now before I pass you to the experts and their explanations as to why this study is fatally inadequate, I would like to quietly point out that the study was never published in a peer-reviewed journal – mirroring the skeptics' favourite line of attack when it comes to homeopathic studies.

I would like to raise the question as to why studies like the one above receive so much media attention, while peer-reviewed, quality studies that have a positive outcome for homeopathy are completely ignored by mainstream media? For example, how many of you non-homeopaths out there are familiar with Dr. Robert Mathie's systematic review of individualized homeopathy – the only meta-analysis of homeopathy to consider model validity in its study design? This means that he only included studies in which homeopathy is studied in the way homeopaths actually practice in the real world. No other meta-analysis has done that!

Now let’s listen to what the folks at the Homeopathic Research Institute have to say about the NHMRC’s systematic review of homeopathy (read in blue). You can read their extensive concerns about the study here.

We maintain that the conclusions of the NHMRC report are inconsistent with the evidence.

The inaccuracy of the NHMRCs conclusions stem primarily from one fundamental flaw at the heart of this report – the NHMRC reviewers considered the results of all trials for one condition together as a whole, even though the individual trials were assessing very different types of homeopathic treatment.

Secondly, we are deeply perplexed as to the reasons for the exclusion of some of the best evidence for key clinical conditions. In brief:

Jacobs et al performed meta-analysis a meta-analysis of the treatment of childhood diarrhea using homeopathy in 2003, N=242 in placebo controlled trials, p-value = 0.008. This meta-analysis was excluded … why? [Link]

Wiesenauer & Lüdtke conducted a meta-analysis into the treatment of hayfever in 1996, N=752 in placebo controlled RCTs, p-value <0.0001. This meta-analysis was excluded. Again we ask ourselves why? [Link]

Schneider et al conducted a meta-analysis of non-inferiority trials of homeopathy compared to usual care for the treatment of vertigo, N=1388, non-inferiority was clearly demonstrated. Again excluded, again why? [Link]

What this BMJ article conveniently failed to report and what the Australian government’s press material failed to acknowledge was that ANY study that with less than 150 subjects was deemed "inadequate" by this report, and thus, the dozens of studies that have shown the efficacy of homeopathy in treating many ailments were totally thrown out and ignored, including many “high quality” randomized double-blind, placebo controlled trials that have been published in The Lancet, BMJ, Cancer, Pediatrics, Chest, Rheumatology, Pediatrics Infectious Disease Journal, British Journal of Clinical Pharmacology, European Journal of Pediatrics, and many others!

Further, unless there were at least three studies conducted by three separate groups of researchers, with each study having over 150 subjects, the results were deemed to be “unreliable.”

By not acknowledging these arbitrary guidelines, the BMJ and the Australian government are showing “bad faith” and are purposefully seeking to misinform the medical community and the general public.

Based on these definitions of what "adequate" and "reliable" research, the vast majority of conventional drugs on the market today would also be deemed to be INEFFECTIVE and UNPROVEN.

In fact, when the BMJ's "Clinical Evidence" analyzed common medical treatments to evaluate which are supported by sufficient reliable evidence, they reviewed approximately 3,000 treatments and found only 11% were found to be beneficial (1). It should be noted and emphasized that the BMJ deemed 20 subjects to be a more reasonable guideline (2). If using the similar guidelines as the Australian government, only between 1% and 5% of medical treatments would be deemed to be “effective,” and virtually every surgical procedure would be consider “unproven.” Is Glasziou or the BMJ asserting that virtually all of medical treatment and surgical procedure be deemed unproven and ineffective? If not, then why use unrealistic and arbitrary guidelines for evaluating homeopathy? Are some extremely serious biases in evidence here instead of good science?

Also, Paul Glasziou doesn’t seem to understand the real implications of his assertion that any study that has a P-value of .05 would suggest that this treatment had a 5% chance of occurring by sheer random chance. Based on the BMJ’s review of clinical research in the entire field of medicine having less than 5% efficacy, it could easily be assumed that many of these studies may have happened by chance, thereby suggesting that there is virtually no evidence for the entire field of medical treatment.

For the record, Dr. Glasziou has conveniently ignored the many studies testing homeopathic treatment that has significantly better than a p-value of .05. Chest published a study on the homeopathic treatment of people with COPD with a p-value of 0.0001 (3). David Reilly and his team at the University of Glasgow conducted a series of four studies on patients with various types of respiratory allergies, two of which were published in the BMJ and one in the Lancet. Although their studies included over 200 patients, no single study included more than 150 patients, and therefore, ALL of the evidence from these high-quality trials were completely ignored, even though a review of the four trials found a p-value of 0.0007 (4). Even an editorial reviewing Reilly's research has acknowledged that it is highly unlikely that these results are due to random happenstance (5).

Or wasn’t it convenient that the Australian government’s report ignored a study on the homeopathic treatment of people with pancreatic cancer that showed that 39% of patients with this extremely serious chronic illness survived five years (6), even though no other study has ever found a five-year survival rate of greater than 1%. For the record, this study was not even considered by Dr. Glasziou’s report because it reviewed only 44 patients and was not a placebo-controlled trial, and yet, I challenge Dr. Glasziou or anyone to report results anywhere that can be comparable.

Courts of law do not determine guilty or innocence only based on double-blind or placebo controlled trials. They report on all evidence.

(1) What conclusions have Clinical Evidence drawn about what works, what doesn't based on randomised controlled trial evidence? BMJ, 2015.

(6) Chatterjee A, Biswas J, Chatterjee A, Bhattacharya S, Mukhopadhyay B, Mandal S. Psorinum therapy in treating stomach, gall bladder, pancreatic, and liver cancers: a prospective clinical study. Evid Based Complement Alternat Med. 2011;2011:724743. An abstract of the above study was published in the Journal of Clinical Oncology

I tried to shorten Dana’s comments, but I found it all pretty relevant. So, in conclusion – you have to take everything from the pseudoskeptics with a grain of salt. The only way to sift through all the nonsense is to be able to identify what makes for good science and what makes for scientism. Unfortunately, with all of their convenient omissions, obfuscations, and failure to comprehend basic statistical principals, they don’t make that very easy. 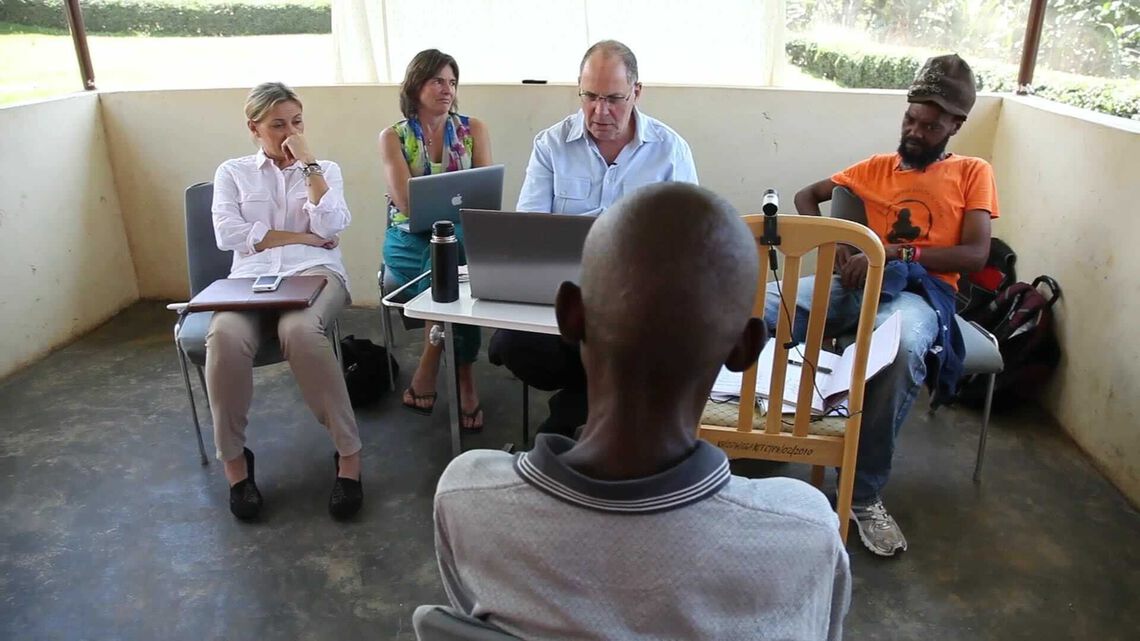 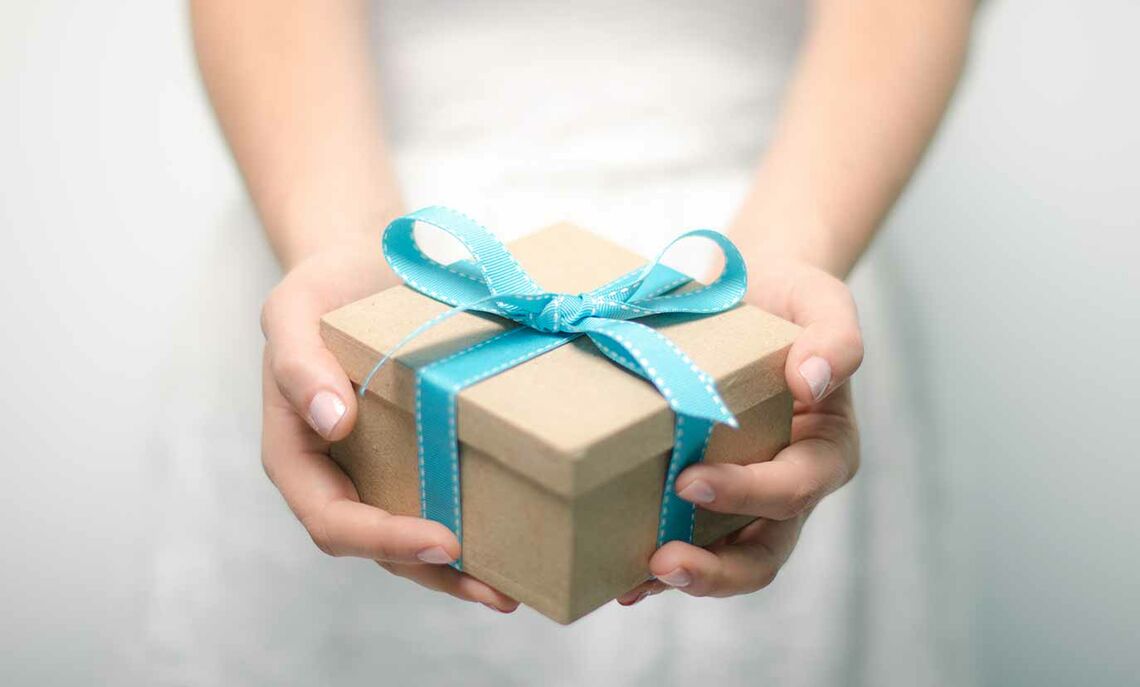 Joette Calabrese Ups the Ante - Incentives for Everyone! 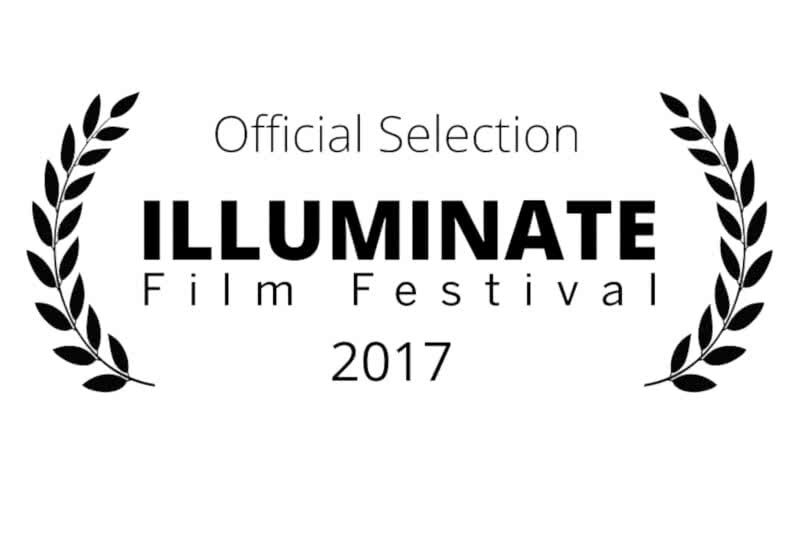 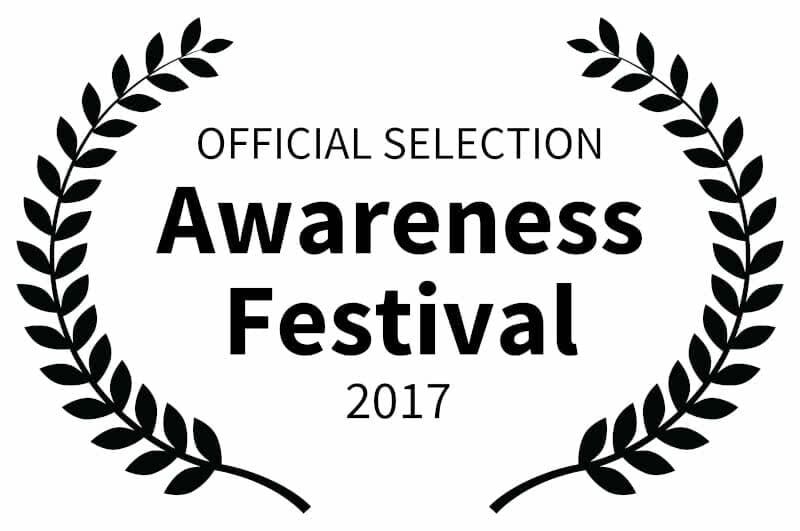 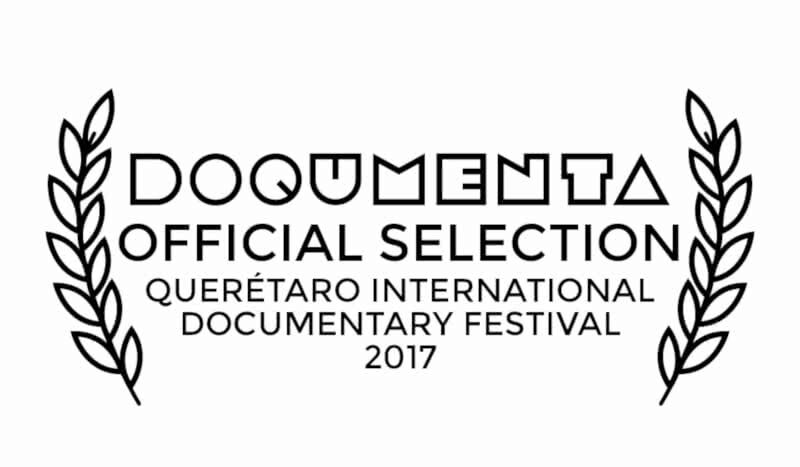 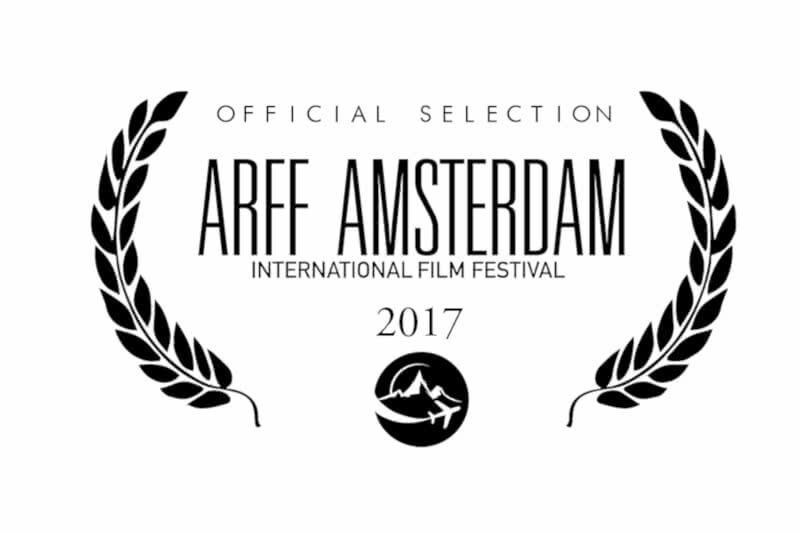 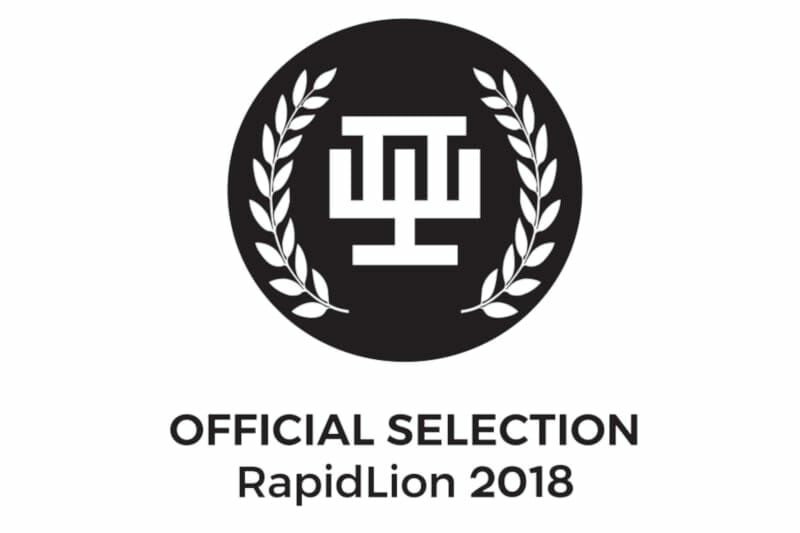 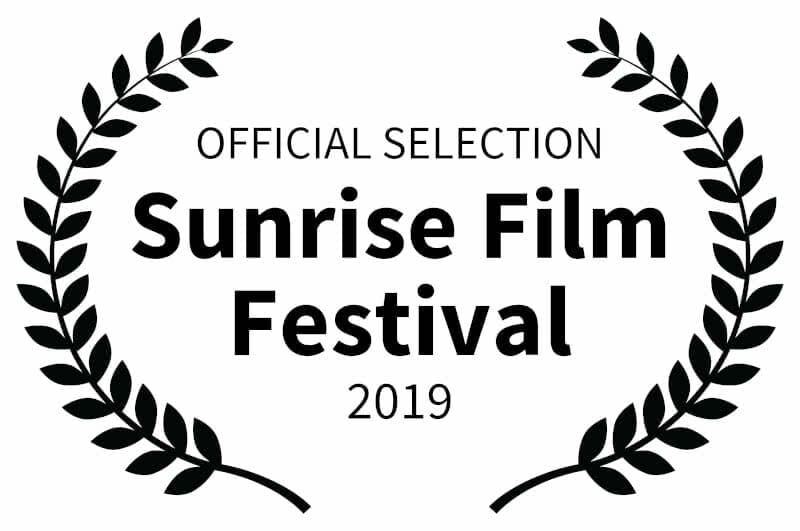